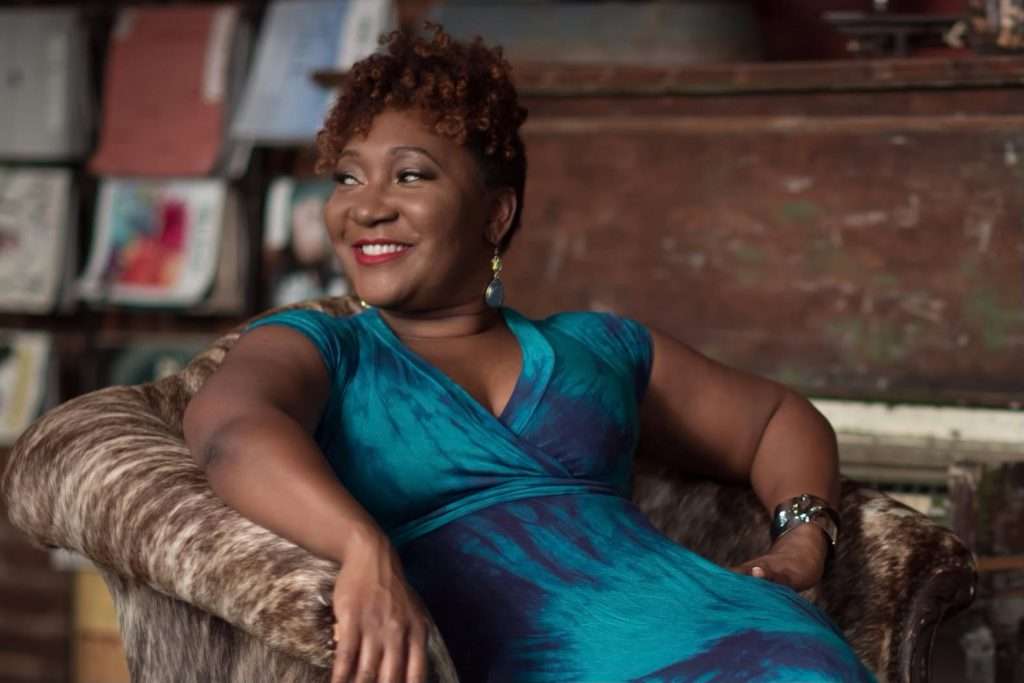 Vocalist Rhonda Thomas shares her unique styling, her definitive sultry voice and her dynamic songwriting. For those music lovers who were already familiar with Rhonda’s CDs “Guess Who I Saw Today”, “Breathe New Life”, “Listen”, “Little Drummer Girl” and her DVD, “Rhonda Thomas: Live at Centennial Park”, they
were excited to witness her team up with super-producers, Khari Cabral, Daz-i-Kue and Julius Speed tocreate her 2015 CD release, “Vinyl Daze”. Vinyl Daze peaked at #12 on the Billboard Jazz Charts and today she is working on new music.

Rhonda Thomas was a featured soloist and background vocalist for Isaac Hayes for 11 years before his untimely passing. Rhonda served in that capacity while remaining extremely focused on elevating her solo musical career. Issac Hayes wholeheartedly supported Rhonda’s desire to spread her wings musically. He commented, “Her voice has a wide range. She has the quality, vocal timbre and vibrato of Denise Williams
when she goes high. There are a lot of vocal sounds in this young woman. Jazz-wise she can scat too!”

A New York City native and Atlanta, GA resident who performs nationally and internationally, Rhonda’s natural talent, professional drive, and amazing charisma have landed her in the presence of greatness many times and has opened numerous doors for her. She has performed or shared the stage with Luther Vandross, Roberta Flack, The String Cheese Incident, Roy Ayers, Frank McComb, Dwele, Eric Roberson, Avery Sunshine and Sam Moore (of the legendary duo Sam and Dave) just to name a few. With her enchanting voice, Rhonda has stamped her name on the hearts of all that have witnessed her singing live.

From bringing the roof down in Atlanta’s Tabernacle when she sang with Incognito’s powerhouse lead-singer Maysa Leak, to winning multiple awards in Harlem’s Apollo Theater, to the 1996 Olympic Games crowds have fallen under the powerful spell of Rhonda’s bold vocal styling. Rhonda’s talents were also experienced by listeners on the other side of the globe. Her 2007 UK “Breathe New Life” Tour was met with
glowing reviews. Rhonda was also asked to compose a song for Antigua-Barbuda’s Travel and Tourism “365 Beaches”. Her boundless energy on stage enchants crowds as her voice exudes power and passion executed with precision. She hails from the Atlanta underground soul scene having performed with renowned artist India.Arie, Donnie (Motown), and is a member of the soul bossa group, Jiva. She wears her
influences like an elegant gown draped with the improvisational skill and vocal acrobatics of Sarah Vaughn and Al Jarreau, and the depth and emotional effectiveness of Phyllis Hyman and Chaka Khan.