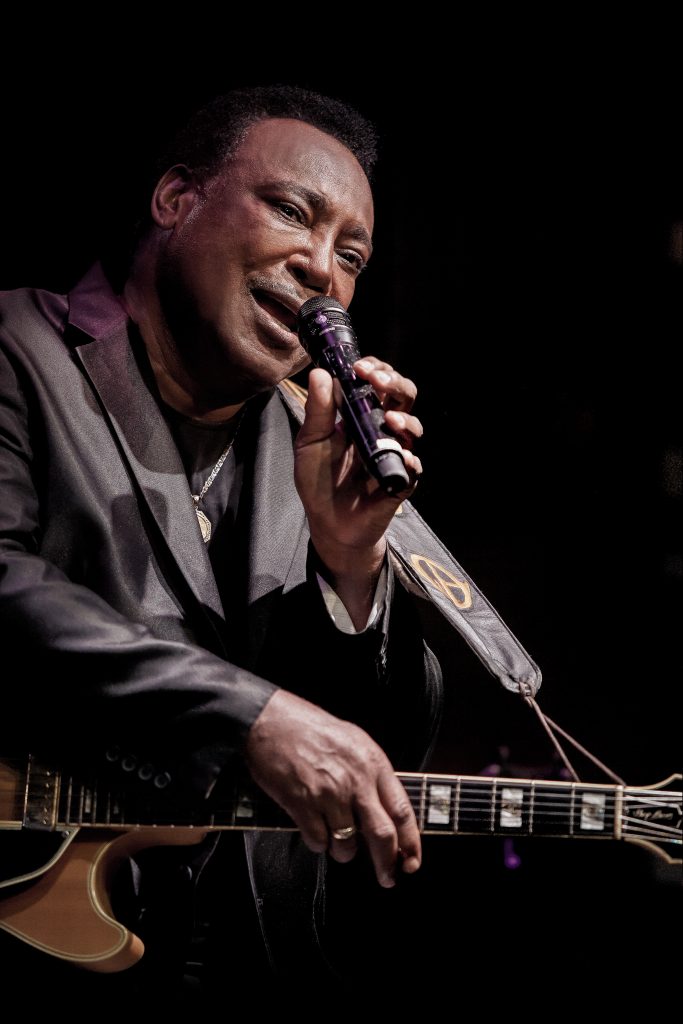 Ten-time Grammy-award winning artist, George Benson, has the rare distinction of being in the pop consciousness while remaining in the pantheon of jazz greats. With 36 studio albums, and 8 live albums, Benson has emerged a household name best known for the 1976 three-time Grammy-winning album, Breezin’, boasting the pop-jazz vocal smash “This Masquerade,” which topped the jazz, pop, and R&B charts. The album remains one of the best-selling jazz albums of all time, and has since been certified 3x platinum. His 1980 soul-pop gem, “Give Me The Night,” produced by Quincy Jones and written by Rod Temperton (Michael Jackson), summited to the top of the soul single charts. In 2009, Benson was awarded the NEA Jazz Masters Fellowship— the highest honor that our nation bestows on jazz artists.

Benson is a consummate performer and an adventurous instrumentalist who remains an annual must-see artist. He regularly packs and, often sells out, such hallowed venues as The Hollywood Bowl, Royal Albert Hall, Hampton Court Palace, and Sydney Opera House. Benson is also a marquee artist at many U.S. Jazz and international festivals, including Montreux Jazz Fest.

Benson’s recent accomplishments are varied and aplenty. He collaborated with subversive art pop band, Gorillaz, featuring Blur’s Damon Albarn, to co-write and perform on the track “Humility,” which has amassed over 100 million YouTube views and counting. In 2021, DJ Steve Aoki remixed Benson’s hit “Give Me The Night,” with a rugged house beat introducing the irresistible R&B-pop gem to a whole new audience. His recent albums have earned features and rave reviews in the New York Times, the Wall Street Journal, American Songwriter, Forbes, and Newsweek. In 2020, Benson was inducted to jazz bible DownBeat Magazine’s Hall Of Fame. The following year he was inducted by music legend Quincy Jones into New Jersey’s Hall Of Fame— an honor from which he received a personal congratulatory note from President Obama.